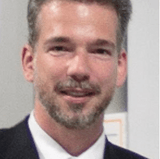 He received his BA (1995) and MS (1997) in Physics from Würzburg University and the University of New Mexico, respectively, and his PhD (2000) in Electrical Engineering from Erlangen University. For his post-graduate studies, he joined the Computer Graphics Lab at Stanford University. In 2002, he established the Independent Research Group Graphics-Optics-Vision at the Max-Planck-Institut Informatik in Saarbrücken. He completed his habilitation in 2005 and received the venia legendi for Computer Science from Saarland University. In 2009, he was Fulbright Scholar at the University of New Mexico, USA, where he holds an appointment as Adjunct Professor at the Physics and Astronomy Department. In 2011, Marcus Magnor was elected member of the Engineering Class of the Braunschweigische Wissenschaftliche Gesellschaft. He is laureate of the Wissenschaftspreis Niedersachsen 2012.

Learning to Reconstruct People in Clothing from a Single RGB Camera.

On the Delay Performance of Browser-based Interactive TCP Free-viewpoint Streaming.

How Human Am I?: EEG-based Evaluation of Virtual Characters.

Visual Analytics for Development and Evaluation of Order Selection Criteria for Autoregressive Processes.

EEG Based Analysis of the Perception of Computer-Generated Faces.

Digital Representations of the Real World: How to Capture, Model, and Render Visual Reality

A sparse Kaczmarz solver and a linearized Bregman method for online compressed sensing.

Correspondence and Depth-Image Based Rendering a Hybrid Approach for Free-Viewpoint Video.

A Nested Hierarchy of Localized Scatterplots

A Survey on Time-of-Flight Stereo Fusion.

Audio Resynthesis on the Dancefloor: A Music Structural Approach.

Modeling and verifying the polarizing reflectance of real-world metallic surfaces.

Editorial for the Special Issue on 3D Data Processing, Visualization and Transmission

A toolchain for capturing and rendering stereo and multi-view datasets.