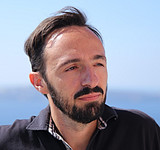 Show Academic Trajectory
Ego Network
D-Core
Research Interests
Author Statistics
Experience
Sign in to view more
Education
Sign in to view more
Bio
I am an Associate Professor at the Institute of Digital Games, University of Malta (UoM). I have received the Ph.D. degree in Informatics from the University of Edinburgh in 2006. Prior to joining the Institute of Digital Games, UoM, in 2012 I was an Associate Professor at the Center for Computer Games Research at the IT University of Copenhagen. I do research at the crossroads of artificial intelligence, computational creativity, affective computing, advanced game technology, and human-computer interaction. I pursue research concepts such as user experience modeling and procedural content generation for the design of personalized interactive systems for entertainment, education, training and health. I have published over 180 journal and conference papers in the aforementioned fields. My research has been supported by numerous national and European grants and has appeared in Science Magazine and New Scientist among other venues. I am currently an Associate Editor of the IEEE Transactions on Affective Computing and the IEEE Transactions on Computational Intelligence and AI in Games. I have been the General Chair of key conferences in the area of game artificial intelligence (IEEE CIG 2010) and games research (FDG 2013).

I Feel I Feel You: A Theory of Mind Experiment in Games

Your Gameplay Says it All: Modelling Motivation in Tom Clancy's The Division.

Blending notions of diversity for MAP-elites.

An Experiment on Game Facet Combination\.

Modelling the Quality of Visual Creations in Iconoscope.

From Pixels to Affect - A Study on Games and Player Experience.

The Ordinal Nature of Psychophysiology.

Pairing character classes in a deathmatch shooter game via a deep-learning surrogate model.

Using a Surrogate Model of Gameplay for Automated Level Design.

The Ordinal Nature of Emotions: An Emerging Approach

Learning the patterns of balance in a multi-player shooter game.

The ordinal nature of emotions.

Towards general models of player affect.

Surprise Search: Beyond Objectives and Novelty.

Sonancia: A multi-faceted generator for horror.

Emotion in Games: Theory and Praxis

A Benchmark for Virtual Camera Control.

A Benchmark for Virtual Camera Control

A Panorama of Artificial and Computational Intelligence in Games.

To rank or to classify? Annotating stress for reliable PTSD profiling

MiniDungeons 2: An Experimental Game for Capturing and Modeling Player Decisions.

Refining the Paradigm of Sketching in AI-Based Level Design.

The iLearnRW Game: Support for Students with Dyslexia in Class and at Home.

A Panorama of Artificial and Computational Intelligence in Games

Stress Detection for PTSD via the StartleMart Game

Crowdsourcing the Aesthetics of Platform Games.