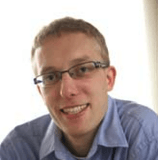 Show Academic Trajectory
Ego Network
D-Core
Research Interests
Author Statistics
Experience
Sign in to view more
Education
Sign in to view more
Bio
Kilian Weinberger is an Associate Professor in the Department of Computer Science at Cornell University. He received his Ph.D. from the University of Pennsylvania in Machine Learning under the supervision of Lawrence Saul and his undergraduate degree in Mathematics and Computer Science from the University of Oxford. During his career he has won several best paper awards at ICML, CVPR, AISTATS and KDD (runner-up award). In 2011 he was awarded the Outstanding AAAI Senior Program Chair Award and in 2012 he received an NSF CAREER award. He is co-Program Chair for ICML 2016. Kilian Weinberger's research focuses on Machine Learning and its applications. In particular, he focuses on learning under resource constraints, metric learning, machine learned web-search ranking, transfer- and multi-task learning as well as biomedical applications. Before joining Cornell University, he was an Associate Professor at Washington University in St. Louis and before that he worked as a research scientist at Yahoo! Research in Santa Clara. (C.V..) Kilian is an active member of the Cornell Machine Learning Group.

A New Defense Against Adversarial Images: Turning a Weakness into a Strength

An empirical study on evaluation metrics of generative adversarial networks.

On Calibration of Modern Neural Networks.

On Fairness and Calibration.

On Fairness and Calibration.

A Reduction of the Elastic Net to Support Vector Machines with an Application to GPU Computing.

From Word Embeddings To Document Distances

Bayesian Active Model Selection with an Application to Automated Audiometry

Maximum Variance Correction with Application to A* Search.

An alternative text representation to TF-IDF and Bag-of-Words

Large Margin Taxonomy Embedding with an Application to Document Categorization

From sBoW to dCoT marginalized encoders for text representation